The platform incorporates access control, video surveillance and license plate recognition, as well as a range of third party security and business systems, for a completely unified management platform.

“There is strong alignment between the scope of end users who rely on our INTREPID PIDS suite to protect infrastructure and assets, and those employing the Security Center unified platform,” said Maira Zanrosso, Director of Sales and Marketing at Southwest Microwave. “This new plugin responds to customer demand for seamless integration of two trusted technologies, and simplifies real-time detection and assessment, which is critical for an effective perimeter security program.”

As the industry’s highest performing detection systems, INTREPID MicroPoint II and MicroTrack II locate intrusion attempts to within 3 m (10 ft) while ignoring harmless disturbances such as wind, rain or vehicle traffic. Camera presets within Security Center may be programmed to tie into INTREPID detection zones, providing immediate visual assessment of alarms at the precise location of the disturbance. Additional actions can be executed when an alarm is triggered, such as displaying camera footage on the operator screen, automatically initiating video recording, and automating notifications to security personnel. 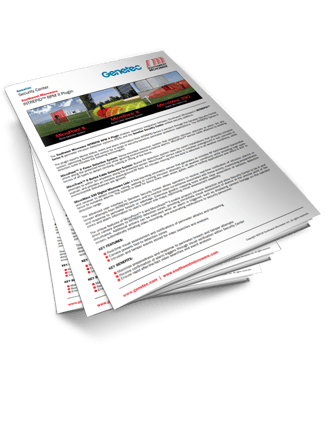